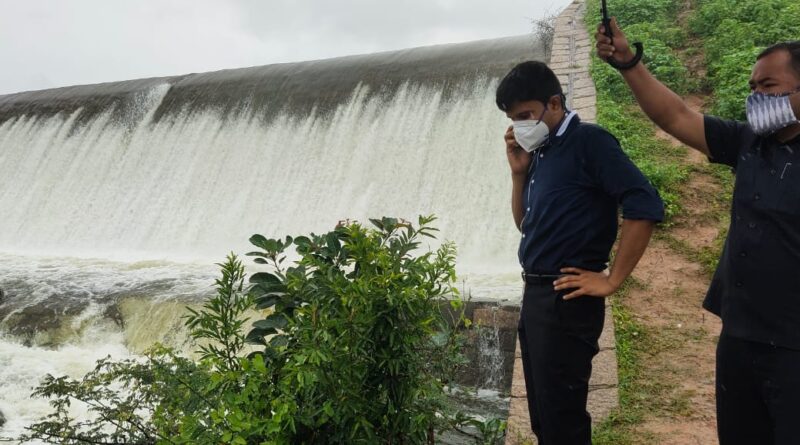 Flood gates of Sripada Yellampalli project opened since one week

KARIMNAGAR: Thanks to the incessant rains since the last few days and copious inflows into the projects from its catchment areas, all the major and minor irrigation projects are filled to the brim in various parts of the integrated Karimnagar district on Thursday.

Incidentally, the projects were filled to the brim in the month of July itself bringing cheers among the farming community. Already, the irrigation authorities had been lifting the flood gates of the Sripada Yellampalli Project in Ramagundam mandal since last over a week due to heavy inflows from its catchment areas. Freshly, the irrigation authorities had lifted 11 flood gates of the Mid Manair Dam in Boinpalli mandal to release 26,515 cuses of water downstream into the Lower Manair Dam in Karimnagar town.

The MMD was having 25.3 tmcs of water against the storage capacity of 27.5 tmcs. The project was receiving over 26,345 cusecs of water from the upstream the Upper manair dam (UMD) reservoir in Narmal of Gambhiraopet mandal in Rajanna-Sircilla. The irrigation authorities have also decided to lift flood gates of LMD reservoir in Karimnagar to release surplus waters.

Folowing the heavy rains, the road connectivity to the Jagadambha thanda in Gambhiraopet mandal was disconnected. As the news of heavy rains and water inundating the villages and swollen rivers and tanks in Gambhiraopeta mandal, Rajanna-Sircilla Collector D Krishna Bhaskar rushed to the spot to oversee the arrangements to provide the alternate road to the tribal hamlet and alerted the revenue and irrigation authorities to be stationed to meet any eventuality. On the other hand, the newly constructed integrated Collectorate complex building in Sircilla textile town is inundated with floodwaters.

In the meantime, the irrigation authorities had released floodwaters from the SRSP project in Nizamabad district following the project filling to the brim. The project is having 86.5 tmcs of water against a storage capacity of 90 tmcs. Following the project receiving over 4.5 lakh cusecs of water, the irrigation authorities had opened eight flood gates and releasing 25,000 cusecs into the river Godavari downstream.

Incidentally, these waters would again reach Sripada Yellampalli Project and enter into the river at Kaleshwaram lift irrigation project by overflowing from the Sundilla, Annaram and Medigadda barrages. Meanwhile, the minor irrigation tanks and lakes were also filled to the brim in the integrated Karimnagar district. The rivulets were also overflowing submerging the culverts and bridges. 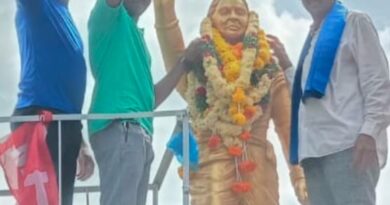 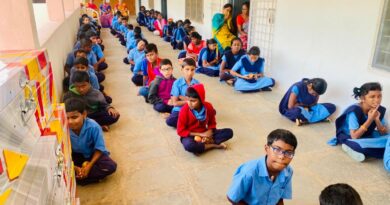 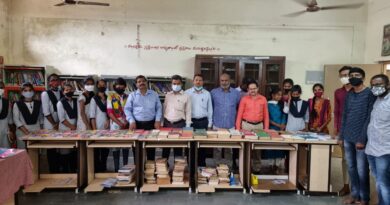 One thought on “All irrigation projects filled to brim in Karimnagar”