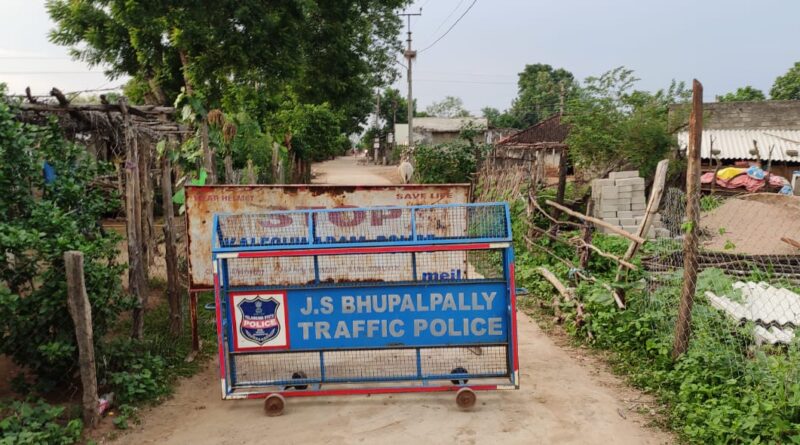 Pilgrims told not to visit shrine till further orders

JAYASHANKAR-BHUPALAPALLI:  Following the sudden spurt in the Covid-19 positive cases in the Kaleshwaram temple village of Mahadevpur mandal, the district authorities declared the Kaleshwaram village as a “containment zone” to avoid further spread of the deadly virus.

The Sri Kaleshwara Muktheeshwara Swamy devasthanam authorities have also announced the indefinite closure of the temple for the devotees from Monday onwards and the puja rituals would be internal by the priests. Following the lifting of the lockdown and surge in the pilgrims rush to the temple from the Telugu speaking states and neighbouring Maharashtra and Chatisgarh states, the Covid positive cases had seen a steady increase in the temple village.

The village had reported more than 50 positive cases. In the wake of the severity of the cases, in charge Collector Krishna Aditya declared Kaleshwaram temple area as a containment zone till further orders from Sunday onwards. The shops and business establishments would function only from 7 am to 11 am every day for the benefit of people to purchase the essential commodities and the lockdown would be imposed during the remaining time.

Kataram DSP Bonala Kishan had informed the pilgrims visiting the temple shrine and the tourists visiting the Kaleshwaram lift irrigation project (KLIP) site to postpone their programmes following the alarming situation in the temple village. He said that they had also imposed a ban on the arrival of pilgrims to immerse ashes (asthi visarjan) of the departed persons in the river Godavari at the temple shrine. Telangana state is liberated from the clutches of KCR with the formation of BRS: Congress MLC Jeevan Reddy 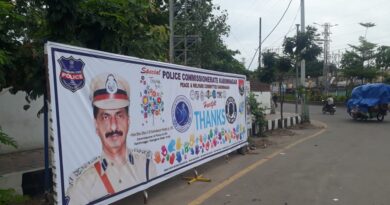 Hoardings erected in violation of MCK rules in Karimnagar 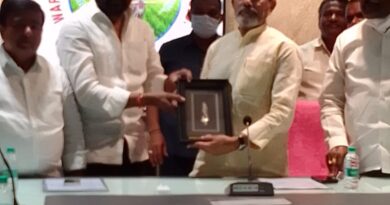