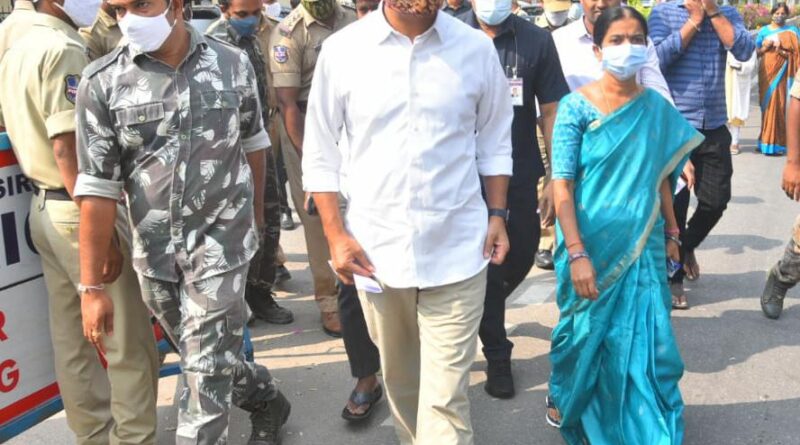 KARIMNAGAR:  A record polling percentage of 99.69 was reported for the biennial elections to two Karimnagar local authorities’ constituencies (LAC) of the Telangana legislative council were conducted on Friday.

Barring a stray incident of Minister for Civil Supplies Gangula Kamalakar arguing with the police for obstructing them from entering into the polling booth at Zilla Parishad for wearing shawls in Karimnagar town, the polling went off peacefully without any incident. All the electorate comprising of MPTC members, ZPTCs, municipal corporators and councillors have arrived at their respective polling stations directly from the ‘political camps’ organised by the ruling party leaders to exercise their franchise. 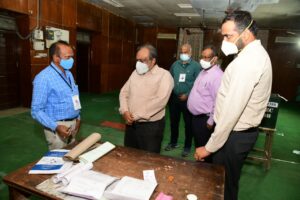 The TRS had fielded former Telangana TDP state president L Ramana and former MLC T Bhanu Prasad Rao in the fray for the two legislative council seats. TRS rebel and former Mayor S Ravinder Singh, who quit the party following the denial of party ticket, remained in the fray as an Independent candidate.

Chief Electoral Officer Shashank Goyal along with Karimnagar Collector and Returning Officer RV Karnan inspected the polling booths located in Karimnagar, Rajanna-Sircilla and Jagtial districts and supervised the arrangements and polling process. Medical teams were also deployed at polling stations to screen the voters with the thermal scanners to check their temperature and follow the Covid-19 norms.

The ballot boxes were shifted to the counting centre at SRR government arts and science college in Karimnagar town amid tight security. 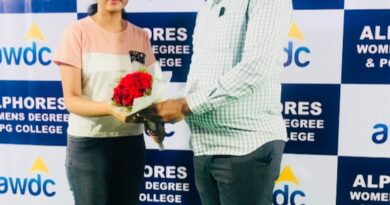 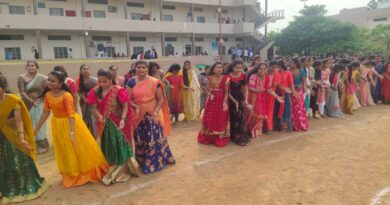 Bathukamma festival celebrated with a gusto at JITS college

One thought on “99.69 per cent voter turnout in MLC polls in Karimnagar district”