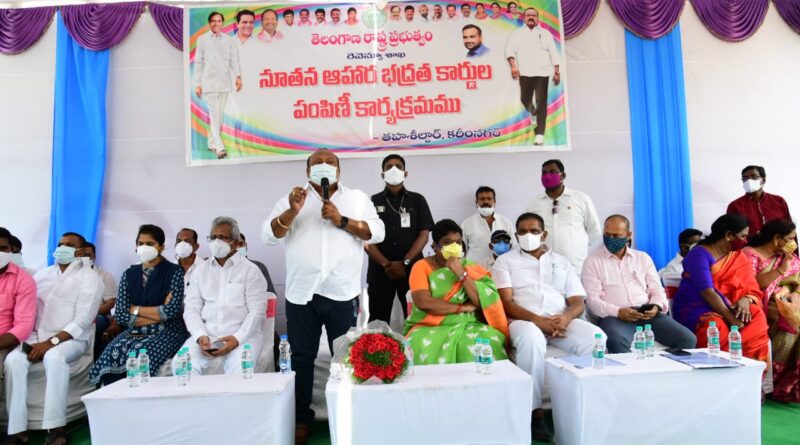 Govt is giving a subsidy of Rs 28.24 per kg for distribution of Re 1 a kg rice scheme to white ration cardholders

KARIMNAGAR: The rich state of Telangana, which is performing well in all sectors and standing sixth place in the Sustainable development goals of India index 2020-2021, has more than 80 per cent population availing white ration card benefits including Re 1 a kg rice scheme.

These startling revelations were made by Minister for Civil Supplies and BC Welfare Gangula Kamalakar during the distribution of Food security cards to the beneficiaries at Subhashnagar in Karimnagar town on Tuesday. He said that against a total population of 4 crore in the Telangana state, more than 2.79 crore people were living in the below poverty line (BPL) category and availing the Food security card benefits.

In Karimnagar Urban area, a total of 1811 cards would be distributed, he said and added that they would take measures to add additional names in the already existing Food security cards. The Minister also said that the beneficiaries of the new Food Security Cards could secure the rice from the ration shops from the month of August onwards. He claimed that the Food security cards were issued in a transparent manner without giving scope for irregularities. 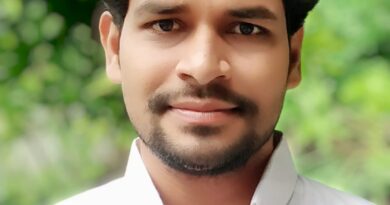 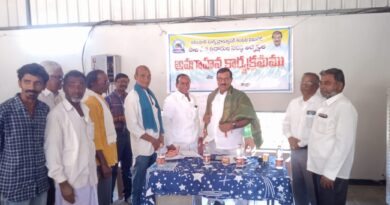