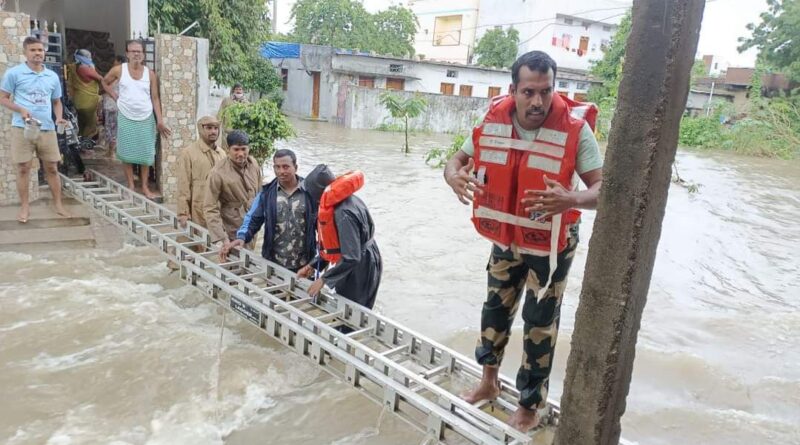 People being shifted to a rehabilitation centre

Bridge under construction washed away in Vemulawada temple town

RAJANNA-SIRCILLA: The incessant rains which are followed by the floods had completely inundated the Sircilla textile town, the fast-growing new district headquarters in the Rajanna-Sircilla district on Tuesday.

Almost all the low-lying areas were flooded following the heavy downpour since last night. The police and the fire personnel rushed to the spot to rescue and shift the people to rehabilitation camps by using the earth-movers. The newly constructed the integrated Collectorate office complex was flooded again in the recent past following the rains and floods as the office was constructed in the tank bed.

Collector Anurag Jayanthi, SP Rahul Hedge and other officials rushed to the spot to oversee the rescue operations and diversion of floodwaters. Minister for IT and Municipal Administration K Taraka Rama Rao, who also represents the Sircilla assembly segment, conducted a teleconference meeting with the Collector, SP and other officials and instructed them on all necessary measures.

Following the instructions of the Minister, the NDRF teams along with necessary kits have arrived in Sircilla textile town to over the rescue operations.  The district recorded an average of 14.7 cms rainfall, Vemulawada temple town 21.21 cms, Sircilla town 18.49 cms, Boinpalli and Vemulawada rural mandals 17 cms. Following the rains, the Collector declared a local holiday to all educational institutions.

The district officials opened a special control room that would work 24×7 to receive complaints pertaining to the losses due to the rains and floods. The people were informed to dial 9398684240 to lodge complaints about the crop damages, breaching of tanks, floods in low lying areas etc.

Meantime, the irrigation authorities lifted 18 floodgates of the Mid Manair Dam reservoir in Boinpalli to discharge over 1.06 lakh cusecs water downstream, which would flow into the LMD reservoir in Karimnagar town. The floodgates have remained opened at LMD reservoir for the last few days to release surplus waters into the river. At Vemulawada temple town, the bridge under construction was washed away in floodwaters following the overflowing rivulet.

In a humane gesture, Additional Collector (local bodies) B Satyaprasad had come to the rescue of a pregnant woman, who was struck up in an auto following the overflowing of Kothacheruvu on the outskirts of Sircilla tank, by shifting her to hospital in his official car.

A pregnant woman Shravani from Dharmaram village in Yellareddypet mandal was travelling in an auto to reach the hospital for delivery. But, she was stuck up in the swirling waters of the overflowing tank and remained in the auto with fear. The additional collector, who was overseeing the rescue operations in the flood-affected Sircilla town, notice the pregnant woman and shifted her in his car to the hospital. 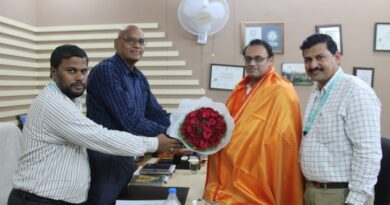 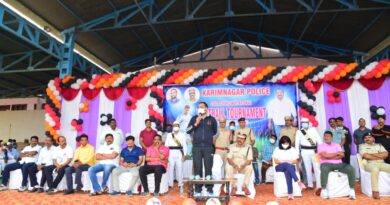 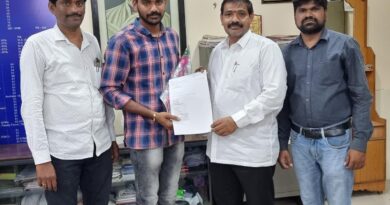