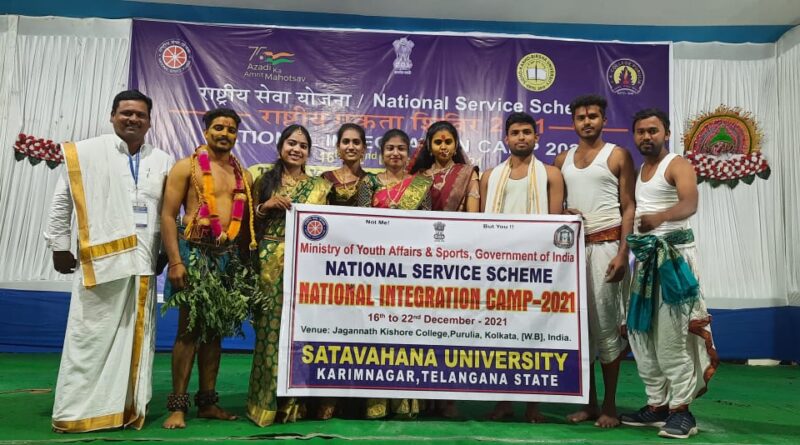 KARIMNAGAR:  National Service Scheme (NSS) volunteers of Satavahana University had captivated the gatherings at the National integration camp, which is being organised at Jagannath Kishore college, Purulia, Kolkotta in West Bengal state from December 16 to 22. 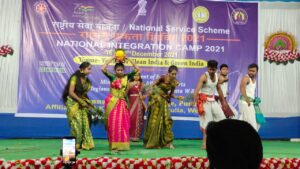 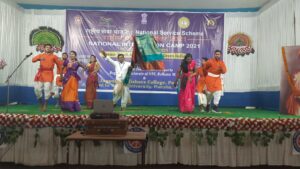 She said that the university volunteers had enthralled the audience with the cultural programme on Telangana festivals such as ‘bonalu’ Moharrum (peerelu), Bathukamma etc and promotion of communal harmony in the state. The volunteers had expressed their satisfaction by participating in the national integration and know about the traditions, culture and history of various states. 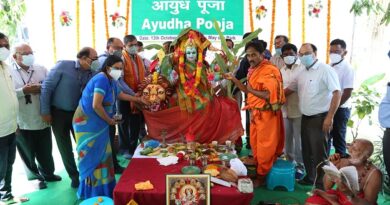 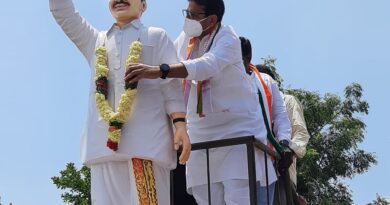 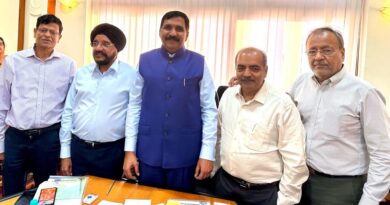