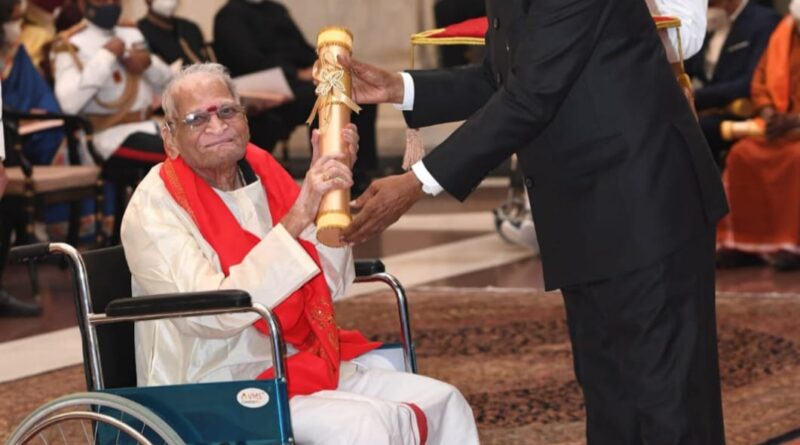 KARIMNAGAR: Imminent Sanskrit scholar and author Sribhashyam Vijayasarathi was honoured with Padmasri on Monday at a ceremony in Rashtrapathi Bhavan by President Ram Nath Kovind.

Mr Viayasarathi, the founder of Yagna Varaha Swamy temple in  Karimnagar town in 1986, was born on March 10, 1936 in Chegurthi village of Karimnagar district. He had won Padmasri in the literature and education category. Though he had his primary education in Urdu medium, he learnt Sanskrit from his mother Gopamamba and took to composing poetry at the age of seven.

He composed “Sarada Padakinkini” at the age of 11, “Sabari Paridevanam” at 16 years, “Manorama” a novel at 17 years and “Praveena Bharatham’ at the age of 18 years. He made a mark as a poet at the age of 22 years. He has written over 100 books in Sanskrit and Telugu.

In a statement here on Tuesday, Karimnagar MP and BJP state president Bandi Sanjay Kumar was all praise for Sribhashyam Vijayasarathi for  being honoured with Padmasri and bringing recognition to Karimnagar district. He recollected his writings in Sankrit which bought world famous recognition.

Senior gyneacologist Dr M Vijaya Lakshmi congratulated the scholar, who is also her Godfather and mentor, who named her hospital as Sanjeevanee. She said that Mr Vijayasarathi was contributing for the ancient Sanskrit language for over seven decades and he was suitably honoured with Padmasri by the Union government. Several literary scholars and fans of Vijayasarathi’s work have expressed their joy over being honoured with Padmasri to the scholar. 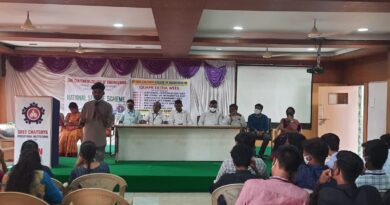 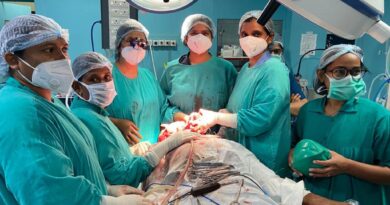 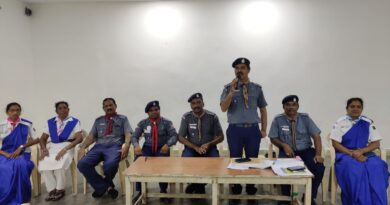 Bharath Scouts and Guides Jamboree in Rajasthan from January 4 to 10, 2023