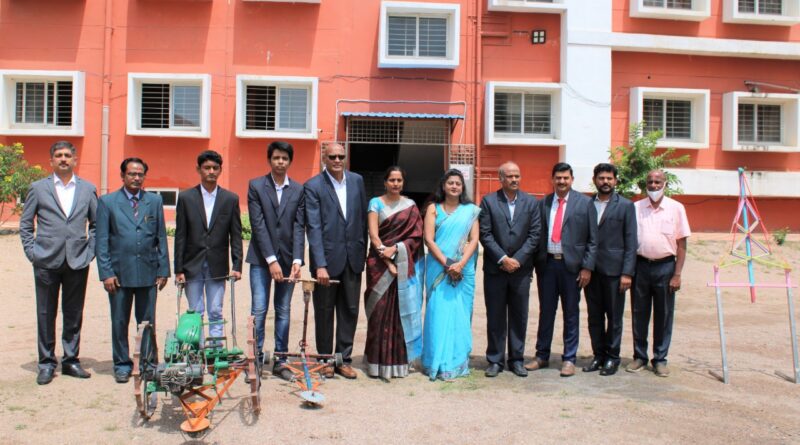 KARIMNAGAR: The students of Paramita Heritage School (CBSE) in Padmanagar locality in Karimnagar town have bought reputation to entire Telangana state in general and Karimnagar district in particular by winning the prestigious CSIR Innovation Award for the school children 2021.

The eleventh class students Gurram Anudeep and Syed Mehtaab of Paramita Heritage school have designed an innovative ‘Multi-functional agricultural machine (Magical hexagon technology) to check pollution and protect the soil fertility. The students had designed and developed a low-cost portable, accessible and productive agricultural harvester prototype for the poor farmers with the help of the diagonal concurrency principal of hexagon, which finds a solution to stubble burning challenge.

Among the 15 lakh schools which participated in the competition, the Paramita students Anudeep and Mehtaab under the guidance of their teacher Lalith Mohan Sahu, the multi-functional agricultural machine had won the first prize of CSIR which includes a citation, trophy and a cash prize of Rs 1 lakh. On the occasion of the 80th foundation day of CSIR, Vice President M Venkaiah Naidu presented the award virtually to the students.

The designed model helps in ploughing, levelling and removing stubbles in the fields. The prototype model was taken to the Indian institute of rice research in Hyderabad for field testing and was certified for its efficiency by its director SR Voleti. The students had even applied for the patent of the agricultural model which helps the farmers.

The journey of the magical hexagon was first invented by the students along with their guide Sahu in the year 2018 and won the first prize at the district level science fair. Later, it had won first prizes at all levels of science fairs in the state, south India and national level including JNNSMEE, Indian Science Congress, IRIS mentoring camp, IRIS Science fair, INSPIRE Manak national science fair and finally the CSIR innovation award for school children 2021. 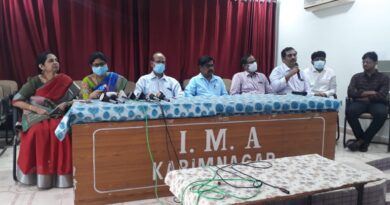 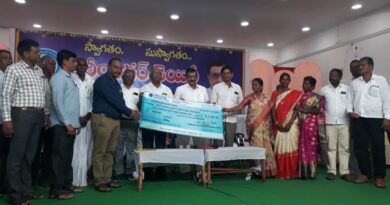 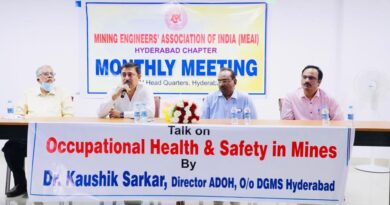 Healthy employees are good for an organisation: DGMS Assistant director