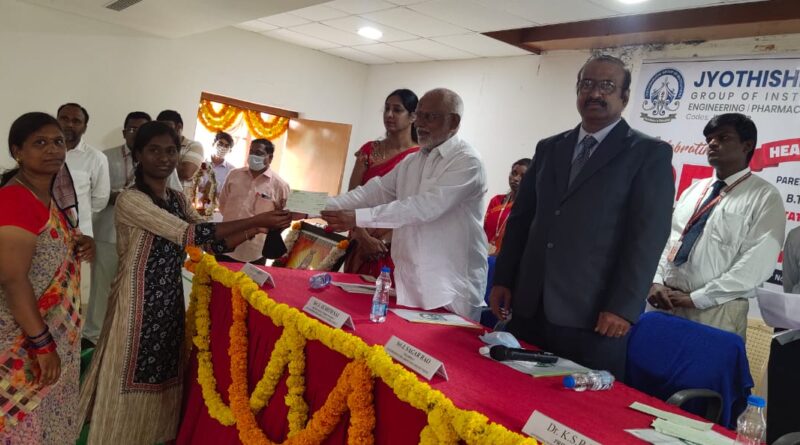 KARIMNAGAR: The Jyothismathi institute of technology and sciences (JITS) in Nusthullapur on the outskirts of Karimnagar, which is also the first engineering college in the integrated Karimnagar district, had launched its silver jubilee celebrations on Wednesday.

Starting on November 17, 1997, the JITS had emerged as the best engineering college in the private sector and ranked NAAC ‘A’ grade and won several gold medals from the JNTU and other foundations in academics. It has produced several luminaries in various fields and its alumni have been settled throughout the world working in various multi-national companies and some of them even turned entrepreneurs in the IT and other sectors.

As part of the Silver jubilee celebrations, the college had organised an orientation programme for the first-year students along with their parents on the college campus and explained the achievements of the college. On this occasion, JITS chairman J Sagar Rao said the college had attained distinction in the state for its quality and disciplined education.

Stating that the college was planning for the autonomous status very soon, he had handed over scholarships of Rs 30,000 each to 13 students belonging to the first year. He also said that they would also provide scholarships to the students who joined the college during the third phase of counselling. The silver jubilee celebrations would be conducted throughout the year by organising academic, extra-curricular, sports and other activities.

College principal Dr K Srinivas Rao said they had chalked out the academic calendar in such a way that the students would upgrade their skills for securing placements with ease after the completion of their courses. They would impart communication skills, personality development, technical skills and issues required for the MNCs during the placement drive, he said and added that the college was fully equipped with a library with over 70,000 books and a digital library with the video lessons of eminent IIT professors. 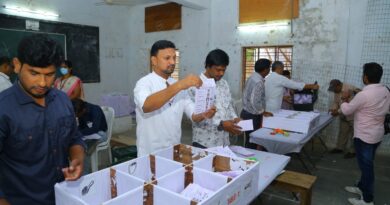 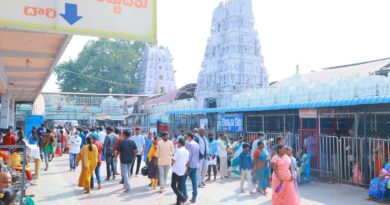 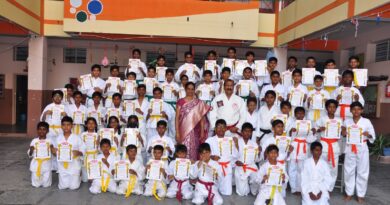 VRS students were presented with belts for their martial arts skills