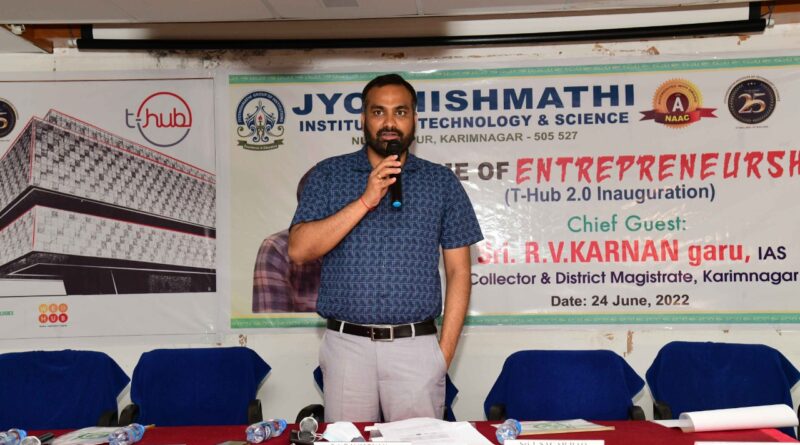 Launches ‘Flame of entrepreneurship’ organised by T-Hub at JITS

KARIMNAGAR:  Collector RV Karnan has called upon the students to groom up them to become entrepreneurs as they have ample opportunities to launch the start-ups in the Telangana state with the support of the government through T-hub.

The Collector formally launched the ‘Flame of entrepreneurship” celebrating the spirit of entrepreneurship at Jyothismathi institute of technology and science (JITS) on the outskirts of Karimnagar town on Friday (June 24). The programme was organised by T-Hub and its associates such as T-Works, TSIC, TASK, RICH, We-Hub etc. On this occasion, the Collector lit the torch and participated in a small run along with the students of JITS. 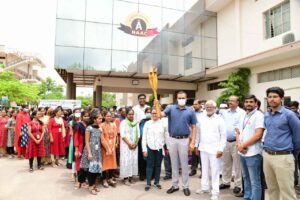 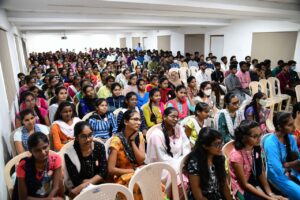 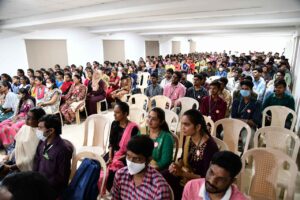 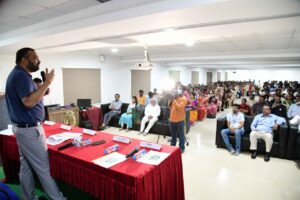 Quoting an example of a student from Karimnagar IT tower designing an app for the Varadhi foundation and guiding the students preparing for various competitive examinations through online mock tests, he said that the Karimnagar district was proud to emerge as the first district in the country to launch biggest Direct benefit transfer (DBT) scheme through Dalit Bandhu by grounding over Rs 2,000 crore schemes to 20,000 beneficiaries.

On June 28, they would hand over the torch to T-Hub CEO M Srinivasa Rao to launch the T-Hub 2.0 in Hyderabad by Chief Minister K Chandrashekhar Rao and Minister for IT K Taraka Rama Rao. A panel discussion was held by N Aditya, Firoz and Sharath with the students on innovation, proto-type models, start-ups and other issues to turn into entrepreneurs. 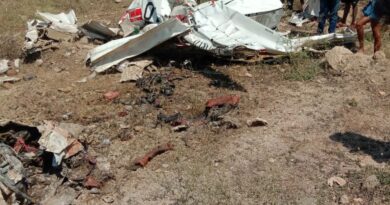 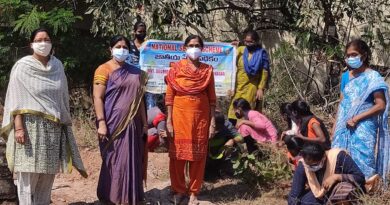 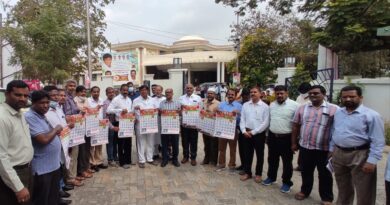