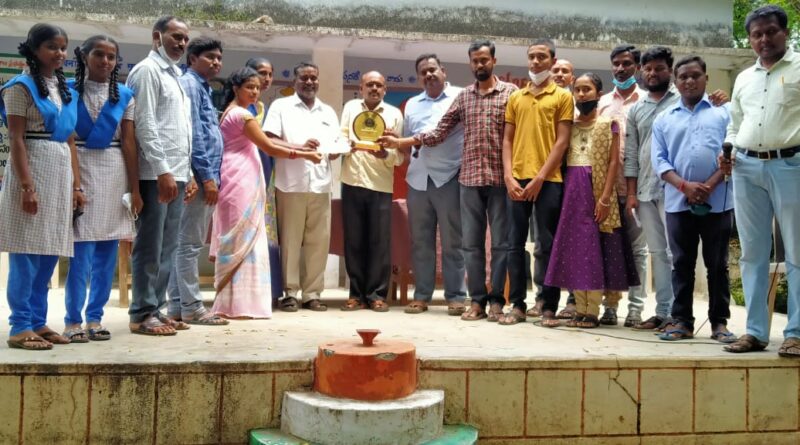 Sadisha an NGO supports rural students to pursue higher education by sponsoring for Intermediate education including tuition fees, hostel and other expenses

Provides total financial assistance of Rs 1.5 lakhs at Rs 25,000 each to six govt schools in district

KARIMNAGAR: The Sadisha (right direction) foundation, a voluntary organisation crusading for unravelling the creativity and Mathematics talent among the rural students had distributed financial assistance of Rs 25,000 each to six government schools worth Rs 1.5 lakhs in the integrated Karimnagar district.

On September 12, the foundation had conducted Maths talent tests among the students of various schools including the government, model schools and private schools. Among them, the Zilla Parishad high school Ragampet village had won the first prize and other schools which were selected for the financial assistance include; Telangana state model school, Elgandal, TSMS Gangadhara, ZPHS (girls), Sircilla, ZPHS (girls) Manakondur) and ZPHS Ambaripet in Jagtial district.

At a programme organised in the ZPHS Raagampet village on Friday, the Sadisha foundation members had handed over financial assistance cheque of Rs 25,000 and also a memento to the school headmaster Gangadhara Narsaiah. The foundation had also selected two students P Sharath Chandra and P Swetha from Raagampet village to sponsor for their higher education including payment of fees and hostel charges in a corporate junior college.

Similarly, the Sadisha foundation members had handed over the financial assistance to the selected five other government school authorities. The foundation had been sponsoring intermediate education of 23 students including four students from Choppadandi mandal alone in the district after selecting them during the Maths talent test. 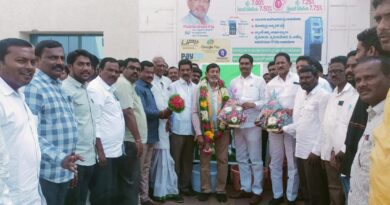 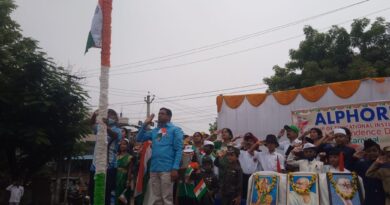 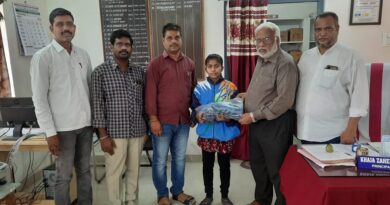