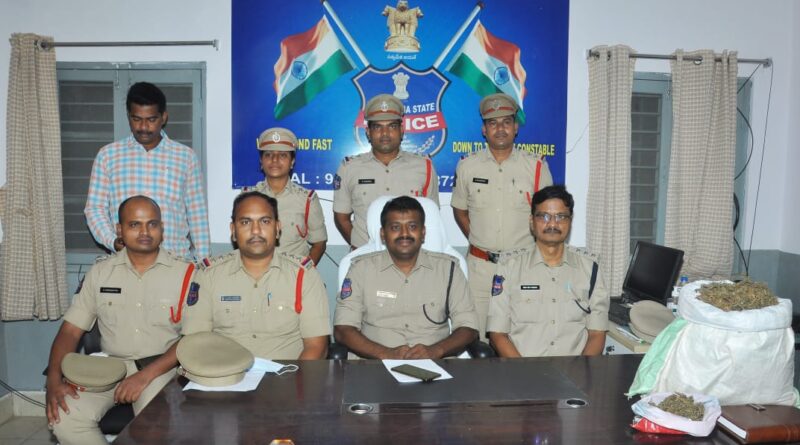 PEDDAPALLI: The NTPC police have arrested two persons for clandestinely cultivating and supplying the banned ‘ganja’ among the youth in the coal belt region and seized 2.1 kilograms of the contraband from their possession.

Disclosing this to newsmen at NTPC police station in Godavarikhani on Tuesday, Peddapalli DCP P Ravinder said that the NTPC police, who were conducting regular patrolling near a petrol filling station at Kajipalli, noticed a person moving in suspicious circumstances. The police caught-hold of him and during the frisking they found the ganja concealed in plastic bag weighing 2.1 kgs. On interrogation, he was identified as Chegundla Rohith (19) resident of Kajipalli near NTPC and procuring the contraband from a farmer Katrangi Dathu (38) from Wankedi mandal in Asifabad district.

Following the information, the police nabbed the farmer Dathu and he confessed of cultivating the ganja in his fields as he was unable to meet the requirements by cultivating other crops. Both the persons were arrested and seized 2.1 kilograms of contraband. The police also opened suspect-sheets against the duo.

Expressing concern over the youth consuming the ganja and spoiling their precious lives, the DCP warned the pan-shops of registering criminal cases if they sell paper rolls used for stuffing ganja and consumed by the youth. He also appealed the people to inform police if they noticed anyone consuming ganja. Godavarikhani ACP Giri Prasad, Ramagundam inspector K Laxminarayana, NTPC SI Swaroop Raj, probationary Sis Rajashekhar, Mahesh, Sharanya, crime team constable Suman was appreciated by the DCP. 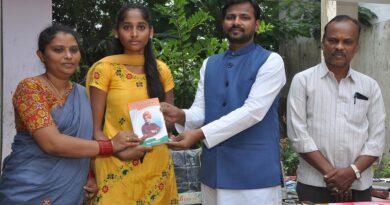 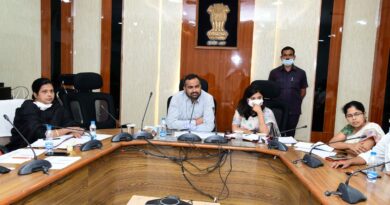 ‘Complete vaccination of frontline workers and senior citizens within one week’