KARIMNAGAR: Two farmers have committed suicide in separate incidents due to the failure of crops following the incessant rains and floods and increasing debts in Rajanna-Sircilla and Adilabad districts on Sunday.

Reports reaching here said that Gouveni Rajaiah (45), a tenant farmer, took six acres of land on lease and cultivated cotton crop in Javaripeta village of Illanthakunta mandal. However, his dreams of bumper harvest have been shattered due to the torrential rains following the damage to the standing crop.

Unable to clear the debts to the tune of Rs 10 lakhs, Rajaiah consumed pesticide in his fields and committed suicide.

In another incident, a farmer Akilam Sashidhar (28) from Sonala village in Boath mandal in Adilabad district cultivated cotton in three of his own land and soya bean in 12 acres by taking it on lease. Following the rains, the crops were inundated and completely damaged. Unable to clear the debts to the tune of Rs 5 lakhs following the failure of crops, he had reportedly committed suicide by hanging to a tree in Bazarhathnoor mandal. 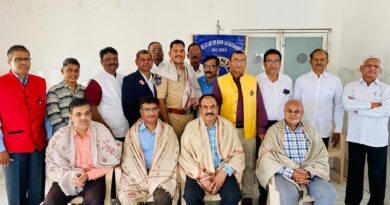 Students were told to set SMART goals to excel in life 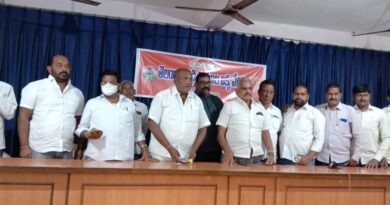