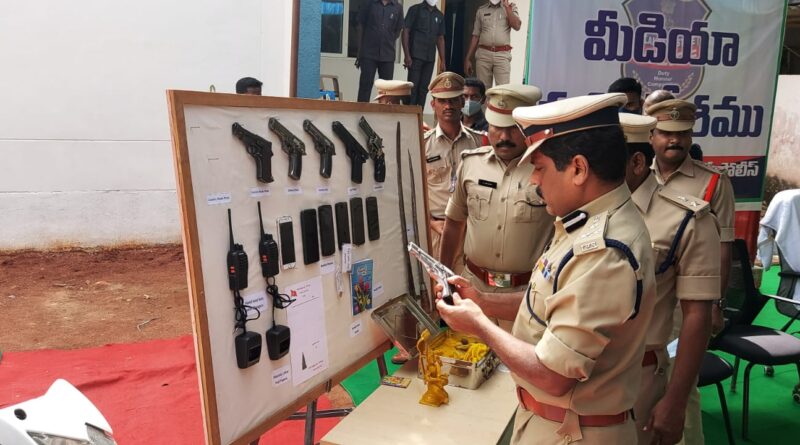 PEDDAPALLI: The Ramagundam Commissionerate of Police have busted a fake naxalite inter-state gang resorting to kidnappings and extortions with the arrest of nine members and seizure of two country-made weapons, dummy pistols, air-gun, live rounds, a walkie-talkie, a car, two swords, a two-wheeler and cellular phones from their possession.

Disclosing this to newsmen at Bellampalli police station on Friday, Commissioner of Police V Chandrashekhar Reddy said that the accused persons had abducted one Anji Babu from Mancherial town in a car and took him towards and threatened him by showing weapons and claimed that they belonged to the Maoist Ganesh dalam. They demanded the victim to pay Rs 30 lakhs or else they would eliminate him. Initially, he handed Rs 2.5 lakhs, but the fake naxalites demanded more.

When the gang members started harassing him over phone, he approached the police and informed the same. The police tracked the phone used by the accused persons and arrested the nine members of the gang including the main accused and former naxalite Bikshapathi in Bellampalli.

The main accused Telukuntla Bikshapathi (46), a native of Nadikuda village in Parkal mandal of Warangal district, had earlier worked with the Maoists from 1991 to 1996 and surrendered before the Warangal SP. Following the financial problems, he decided to make money easily by donning himself as naxalite leader and formed a group with other members.

He had committed more than 13 offences in Warangal and Karimnagar districts and went to jail. Both the Karimnagar and Warangal police have invoked PD Act against him. During his jail term in 2020, he made friends with other inmates and formed into a new group and decided to kidnap and extort money from rich businessmen.

They secured two country-made revolvers from Uttar Pradesh by spending Rs two lakhs and three rounds of ammunition, they also secured an air-gun, two dummy revolvers and a pistol, dummy walkie-talkie, two swords to protect themselves if anyone resists their kidnaps, a letter pad in the name of Maoists to issue threatening letters. 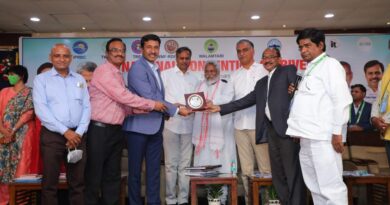 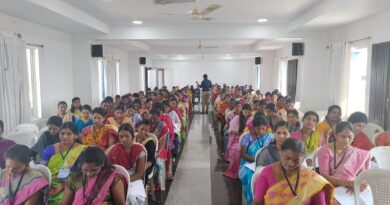 One thought on “Nine fake naxalites held for kidnap and extortion”