MANCHERIAL: In a freak mishap, a woman and her infant son were electrocuted and her husband sustained serious injuries when they were travelling on the railway overbridge when a thunderbolt struck them in Mancherial town on Monday afternoon.

Sources said that Andhe Venkatesh residing in Naspur colony along with his wife Mounika and son Shreyan (4) were on their way to the hospital in Mancherial town for treatment of an ailment of their son in a hospital. Suddenly the lightning struck them killing Mounika and Shreyan on the spot. Venkatesh sustained serious burn injuries.

Rural CI Kumaraswamy who was passing on the way noticed the incident and alerted ACP Akhil Mahajan and immediately shifted them to the hospital with the support of locals. However, the mother and child were declared bought dead. Venkatesh is undergoing treatment. 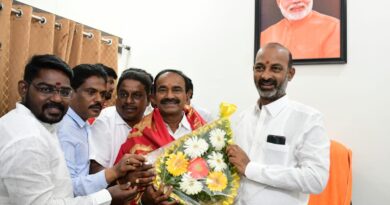 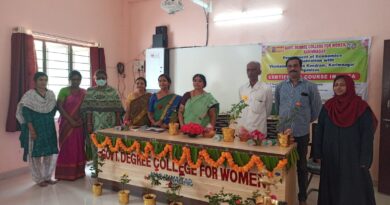 Yoga certificate course for students at GDC women in Karimnagar 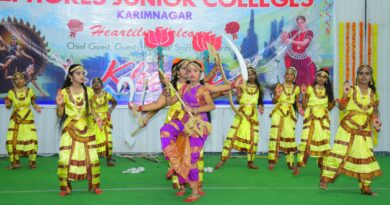