KARIMNAGAR: The Karimnagar Lake police have rescued a 27-year-old married woman along with her 10-month-old kid who tried to commit suicide by jumping in the Lower Manair Dam reservoir on the outskirts of Karimnagar town on Sunday.

Police said that the woman hailing from Husnabad town was having family disputes with her husband and inlaws. Unable to bear the mental agony, she arrived in Karimnagar town and visited the LMD reservoir to commit suicide. As she was entering the waters, the police patrol noticed her and rushed to the spot and rescued her.

Later, the Lake police SI Venkat Reddy counselled her and summoned her husband and relatives and handed over to them by giving counselling them. Commissioner of Police V Satyanarayana appreciated the Lake police for rescuing the woman along with her infant child. 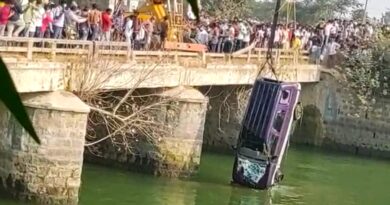 Two youth drowned in SRSP canal along with their car

Armed Reserve SI suspended for dereliction of duties in Karimnagar 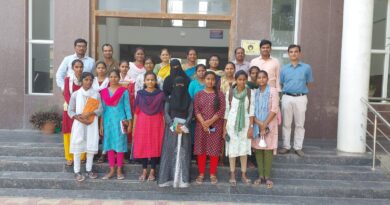 A chance to learn through observation by students