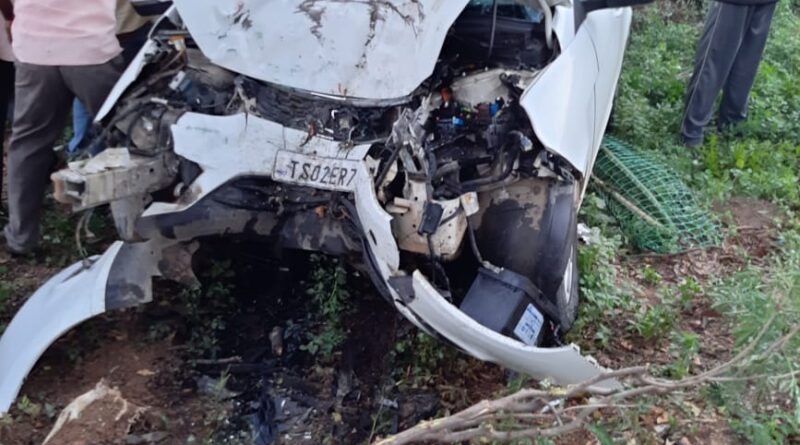 KARIMNAGAR: In a ghastly road mishap, four persons were killed another sustained serious injuries when the car in which they were travelling hit a tree near the Manakondur police station in Karimnagar district on Friday morning.

Reports reaching here said that the residents of Jyothinagar locality in Karimnagar town were returning from Khammam district after attending a 10thday ceremony after the death of their relative. It is suspected that the driver was sleepy and hit the car at high speed. Four persons including driver Hinduri Jalandar, Koppula Balaji Sridhar, Koppula Srinivas Rao and Sriraj were killed on the spot.

Another person Penchala Sudhakar Rao sustained serious injuries and was shifted to a private hospital for treatment. Srinivas Rao was working as EE in the Panchayat Raj department and Balaji Sridhar was working as an advocate in Peddapalli district. Srinivas Rao and Sridhar were brothers and a pall of gloom descended on both the families. 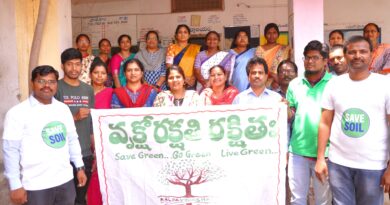 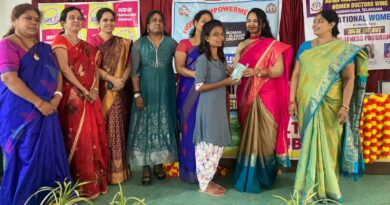 Doctors donned the role of teachers to counsel girl students 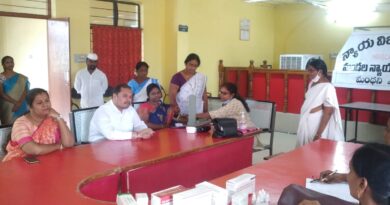 4 thoughts on “Four killed in road mishap in Manakondur”