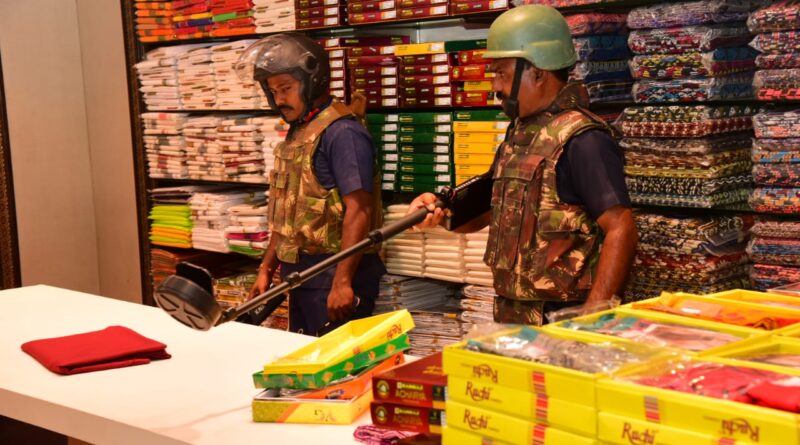 KARIMNAGAR:  Panic gripped hundreds of people at the shopping malls in the Karimnagar town’s busy centre at Tower circle area as the police evacuated them in the wake of a bomb threat by a phone call to a shopping mall, which later turned out to be a hoax. 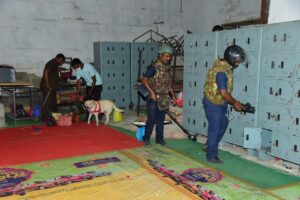 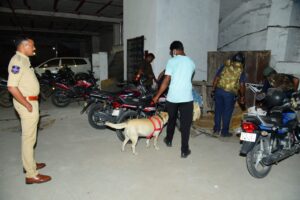 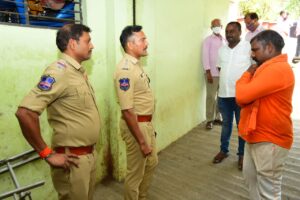 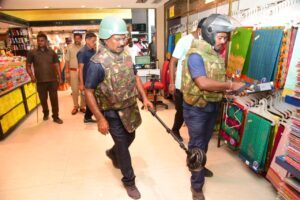 A busy Mangalya shopping mall received a phone call stating that a bomb was planted in their mall and the South India shopping mall in the heart of Karimnagar town.  Following the complaint lodged by the shopping mall about the call and planting of the bomb, the police rushed to the malls separately with sniffer dogs and explosive defusing squads. They evacuated the visitors and employees and mounted search operations at two malls separately, said Karimnagar ACP Tula Srinivas Rao.

After more than two hours of search, the police found the threat was a hoax. The police have launched the investigations to trace the culprit who made a call about the bomb threat. 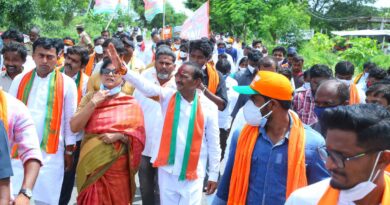 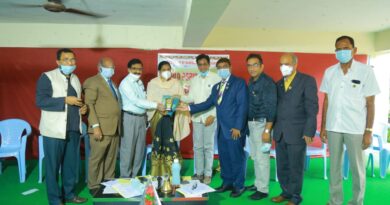 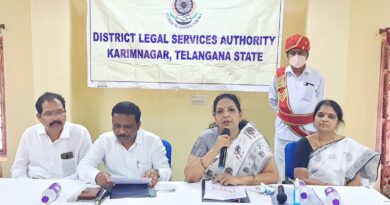