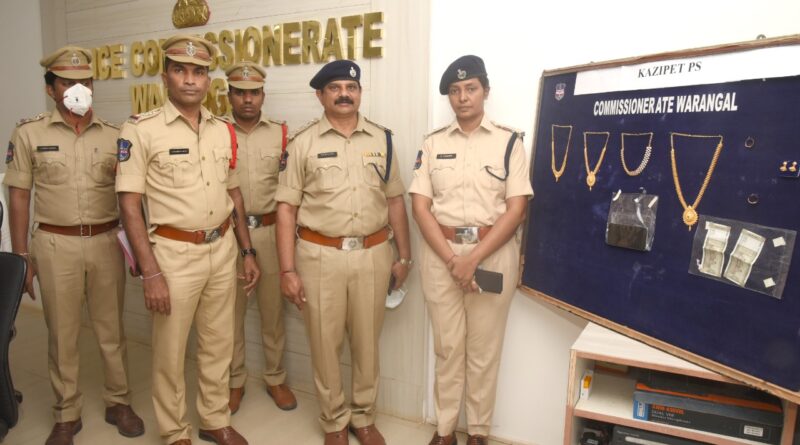 Police had earlier arrested three members of the gang and recovered Rs 21.68 lakh worth gold

WARANGAL: The Kazipet police arrested one more accused involved in the burglary at PGR lake view apartments in Kazipet town and recovery 120 grams of gold ornaments worth Rs 5 lakhs from his possession.

It may be recalled that the police had earlier arrested three inter-state burglars involved in the offence and recovered gold ornaments worth Rs 21.68 lakhs weighing 1.4 kilograms. The accused all hailing from Madhya Pradesh had committed burglaries in flat numbers 102, 202 and 203 on September 27 this year and decamped with the booty. 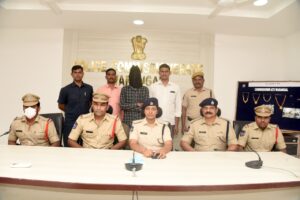 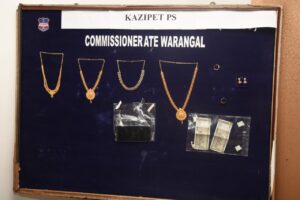 Disclosing this to newsmen here on Friday, Central Zone DCP K Pushpa Reddy said that on credible information about the movement of accused Mahesh Chandra Jalora at the Warangal court premises, the police nabbed him and recovered the gold worth Rs 5 lakhs. The police had earlier arrested three members of the gang Naru Pachavar, Bhuru Singaar and Udaana Singh of Tanda police station limits of Kushki taluq in Dhar district of MP state.

The DCP had appreciated the ACP Srinivas, Inspector Mahender Reddy, SIs Venkata Krishna, Prashanth, Naveen, Suresh, Sadanandam, Satish Reddy and Ranjith and others for the detection and recovery of property. 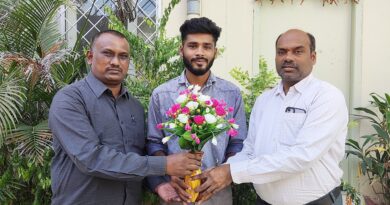 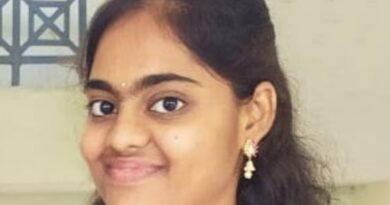 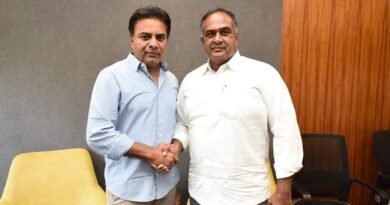 CAIMS chairman to construct Govt School at a cost of Rs 1.5 crore