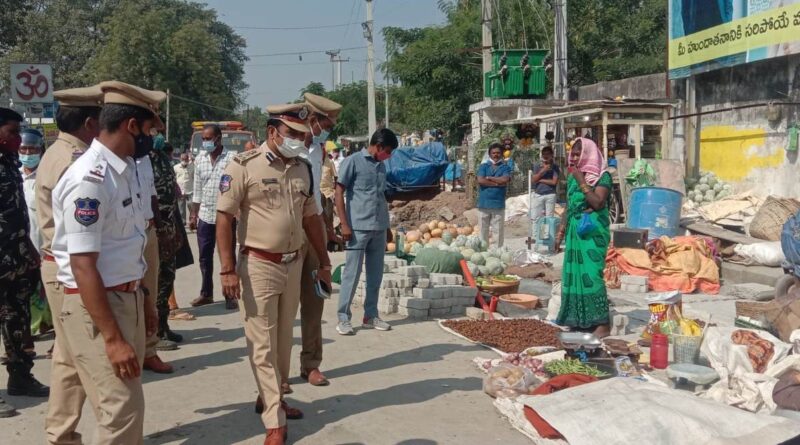 KARIMNAGAR: The Karimnagar Commissionerate of Police have embarked upon an elaborate footpath encroachment and roads clearance drive for the benefit of pedestrians and vehicle users at the busy Venkateshwara temple and market area in Karimnagar town on Saturday.

It may be recalled that for over two decades the road from the Venkateshwara temple to the Sashtri road and Tower circle area and Gunj areas were literally converted into the shopping areas by encroaching the roads by the vegetable, fruits and other vendors including the shop-keepers by displaying their products by encroaching the footpaths causing serious traffic snarls and not even allowing the pedestrians to walk freely.

Following the complaints about the road-side vendors and other sho-keepers causing serious traffic snarls and hindering traffic movement, Commissioner of Police V Satyanarayana along with Karimnagar ACP Tula Srinivas and others have cracked a whip on roadside vendors as well as shop owners who had kept their wares on footpath, hindering the free movement of pedestrians and traffic.

The Commissioner of Police had personally entered into the field and informed the roadside vendors to shift their business to the spacious and model Rythu bazaar constructed and remaining idle at the Gandhi road in Karimnagar town and also other mini-rythu bazaars, which remained unused in various parts of the town such as adjacent to forest guest house, near Karimnagar MPDO office, Vavilapalli and other localities. 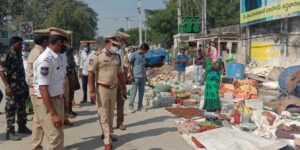 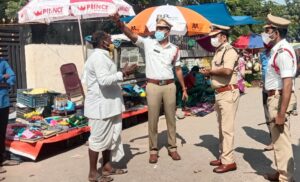 The CP had educated the traders about the importance of selling them produces in the allocated spaces with all facilities instead of occupying the roads and causing traffic problems and difficulties for the people to walk. The police forces shifted the roadside vendors to the rythu bazaar and other mini-markets, which were lying idle, and informed them to sell theirs produces only at stipulated places.

The police officials were also informed to remove the encroachments at the Head post office area, new Annapurna shopping complex by fruit vendors, encroachments of footpaths at Ambedkar stadium, Mankammathota road and all other parts of the town. Traffic Inspectors G Tirumal and Nagarjuna and special police teams also participated in the drive. 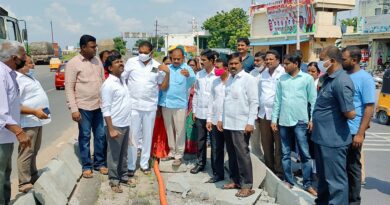 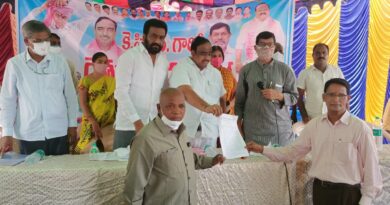 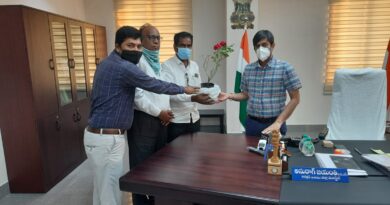