KARIMNAGAR: Senior Congress leader and Chalmeda Ananda Rao institute of medical sciences (CAIMS) chairman Ch Laxminarasimha Rao is all set to join the ruling Telangana Rashtra Samithi along with his supporters in the presence of Chief Minister K Chandrashekhar Rao on December 8 in Hyderabad.

A native of Malkapet village in Konaraopeta mandal in Rajanna-Sircilla, Mr Laxminarasimha Rao is all set to contest the ensuing assembly elections from the Vemulawada assembly segment on TRS ticket. Sitting Vemulawada legislator Ch Ramesh Babu is facing problems over his citizenship issue in court. Mr Rao’s father Chalmeda Ananda Rao was the former Minister in the NTR cabinet. They had donated their ancestral house to the Lions charitable eye hospital for running a hospital in Malkapet village.

A staunch supporter of the Congress party had occupied several positions in the party including the PCC secretary, but he was forced to resign to the party following his neglect by the district party leaders. Mr Laxminarasimha Rao, who contested from the Karimnagar assembly segment in the 2009 elections, lost in the hands of TDP candidate Gangula Kamalakar.

During the statehood movement, he had planned to join the TRS, but due to various reasons, it could not materialise. Actually in the 2014 elections, everyone expected that Mr Laxminarasimha Rao would contest from the Karimnagar assembly segment on behalf of TRS. But, the TDP legislator Gangula Kamalakar shifted his loyalty and joined the TRS well ahead of Mr Rao and secured the party ticket from Karimnagar assembly segment.

Again in the 2014 elections, Mr Rao contested as a Congress candidate from Karimnagar assembly segment and lost in the hands of Gangula Kamalakar who was fielded as a TRS candidate. Ironically, in the 2018 elections, Mr Rao was denied the party ticket when he was confident of his victory due to the sympathy factor, but the party fielded Ponnam Prabhakar in the elections and who secured the third position in the segment and raised the BJP candidate Bandi Sanjay to the second place. In the 2018 election, Gangula Kamalakar created history by performing a hatrick from the Karimnagar assembly segment.

Mr Laxminarasimha Rao won accolades for his social service programmes in the integrated Karimnagar district. He launched a big campaign against breast and cervical cancer among the womenfolk in the district by organising several thousands of medical camps and the distribution of medicines. He had also won over the confidence of the people by providing free medical assistance at his CAIMS hospital. 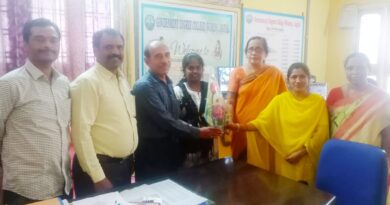 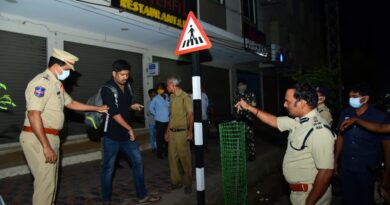 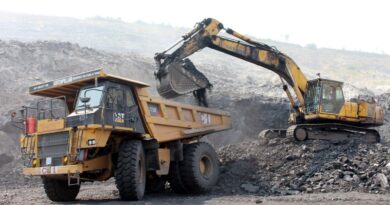 MINE MISHAP: Singareni suspends three officials and issues charge-sheet to another