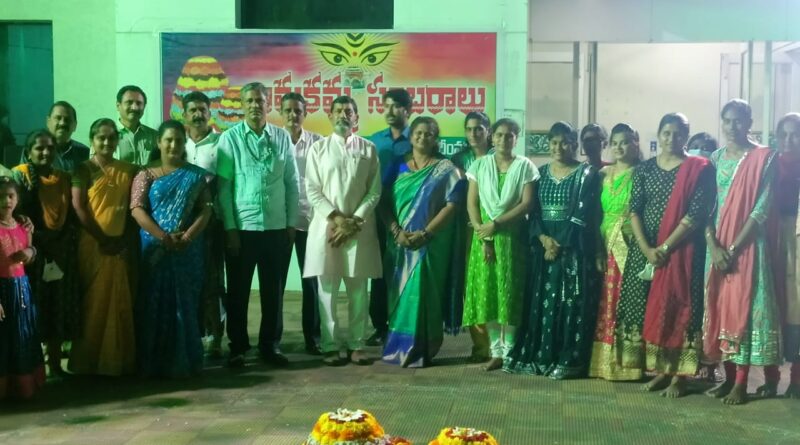 KARIMNAGAR: As a prelude to the ensuing centenary celebrations of Karimnagar district cooperative central bank (DCCB), which would be held from November 14 to 20, the women employees of the bank had participated in the Bathukamma celebrations with pomp and gaiety on Tuesday night.

The women employees, who outnumber the menfolk in the bank, have arrived in their best attire and jewellery along with colourfully decorated Bathukammas (with decorated flowers in conical shape) and participated in the celebrations at the DCCB main headquarters in Karimnagar town on Tuesday night amid scintillating lights and high-voltage DJ music. 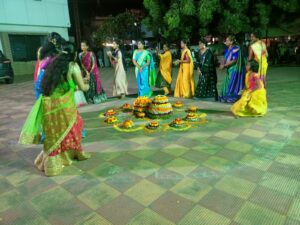 Mr Ravinder Rao had formally launched the celebrations by participating in the Bathukamma festivities along with the women employees.  Later, it was the day out for the womenfolk who participated in the festivities with more enthusiasm and danced in happiness by singing songs along with the DJ music.  The rhythmic dance of womenfolk to the dance had captivated the gathering. The festivities continued till hours and the bank had made all arrangements for the smooth conduct of the festival. 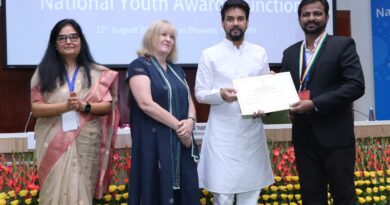 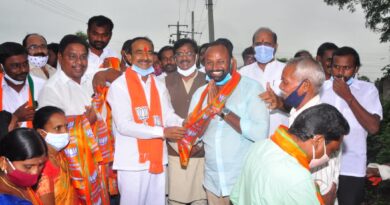 KCR came out of his farmhouse only after my resignation, says Etala Rajender 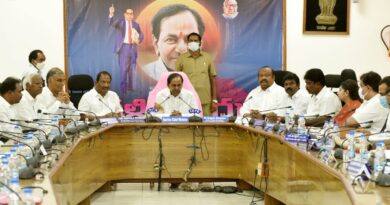