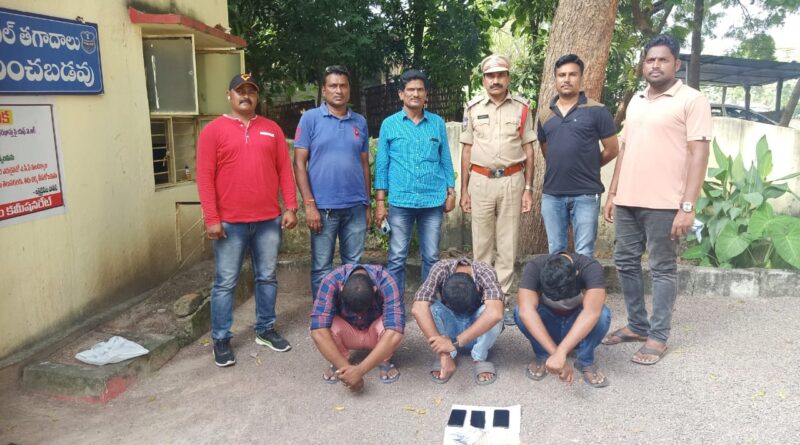 PEDDAPALLI: The Ramagundam Commissionerate of Police have arrested three persons who were involved in the ongoing Indian premier league (IPL) cricket matches and seized Rs 12,000 cash and three cellular phones from their possession.

Following the instructions of Ramagundam Commissioner of Police S Chandrashekhar Reddy, the Task force inspector AK Mahender along with his team, on credible information, nabbed three persons, who were betting the IPL match between Delhi versus Kolkatta on Wednesday night at the market yard area in Luxettipet town. They arrested Ambadi Mahesh (33), Venkatesh (27) and P Vineeth (26) all hailing from Luxettipet town. Three others P Nitheesh, D Vamshi and Ganesh escaped from the spot.

All the arrested were handed to the concerned police station for further investigations. The CP said that they were dealing firmly against the persons involved in the illegal betting and spoiling the youth. He said that they were using the latest technology to check and keep close surveillance of the illegal betting and gambling in the commissionerate limits. Task force SI Latchanna, Luxettipet SI Chandrashekhar, Task force team  Sampath Kumar, Shyam Sunder, Rakesh, Bhaskar Goud and others were also present. 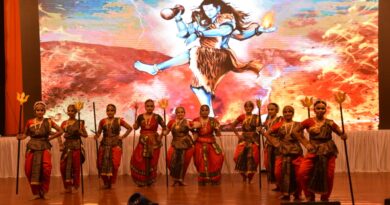 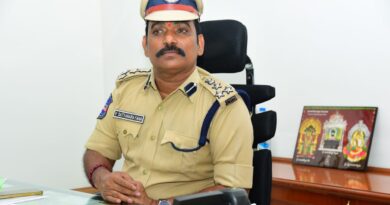 Deposit armed weapons in view of by-poll to Huzurabad segment